Iosu Aramburu’s current research deals with the urban history of cities through their architecture, and more specifically about the paradoxes between the utopic vision of modernity and the disenchantment with today’s society. For instance, during his residency in Marseille, Aramburu questioned the social project of Le Corbusier’s Cité Radieuse and its current perception by revisiting the Athens Charter (1943) in which the architect states his broad principles of housing. Reacting to the 50th anniversary of Montreal's Expo 67 and to its utopian theme «Terre des hommes » (Man and His World) which delivered a message of unity across the nations, the artist recalls the collapse of this concept in a world where the tendency is to separate populations rather than uniting them. In Fragments, Aramburu express our desire to commemorate the memory of a formative project for Montreal’s identity, which since failed in its humanistic ambitions. 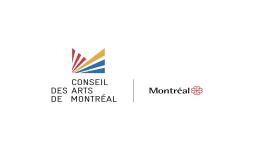