Newsletter Fr
Joshua Schwebel  /  A DREAM IN WHICH I AM YOU

“Memory, for him, was a living material, not a ‘duty,’ and even less a petrified, fetishized object.”1

Joshua Schwebel’s exhibition in the Darling Foundry’s small gallery was conceived during a research residency that he undertook in 2015 at the Tadeusz Kantor Foundation in Krakow. Through installations and an artist’s novel, Schwebel explores, by way of embedded references to Kantor’s conceptual and thematic preoccupations, the issues involved in the transmission of memory, narrative intersections, displacement, dislocation, absence, experience, and subjectivity.

Tadeusz Kantor (1915-1990), whose work evades classification, was a Polish painter, playwright, set designer, director, and author, and one of the major theatre artists of the twentieth century. During his stay in Kantor’s country house, Schwebel performed a series of hidden gestures and actions for small audiences, inspired by the concept of emballage, an artform developed by Kantor to keep, isolate, and preserve the memory of a continuing trauma. Schwebel arranged dried flowers in the attic, extracted the dust from between the floorboards in the bedroom, lined the pockets of a pair of pants in gold fabric, which he hung in a wardrobe in the bedroom, and more. The exhibition in the Darling Foundry reconstructs Schwebel’s stay in Kantor’s intimate space through a constellation of symbolic gestures that echo both Kantor’s practice and the aesthetic vocabulary of Benny Nemerofsky Ramsay, the artist who initially accompanied Schwebel as a collaborator on the residency in Poland. Upon Nemerofsky’s autonomous withdrawal from the residency, Schwebel appropriated his absence, transforming it into an emballage that expresses and contains Kantor’s absence. Kantor thus becomes a figure emblematic of notions linked to transmission of memory: the idea of Kantor’s heritage implies a loss, and that which replaces or conveys this loss is the true subject of Schwebel’s project.

Schwebel arranges the gallery as a stage set for the presentation of the traces of his interventions and his personal experience, and at the same time he establishes subtle relations between the objects that refer to his personal history in Poland, and those evoking the collective memory of Kantor. Far from creating a literal transfer, the artist reconstructs fragments of the house from memory, creates ephemeral structures out of papier mâché, and groups together photographs, books, documents, and an epistolary exchange with Nemerofsky. These objects are intertwined with narrative paths that are part of a process anchored in Schwebel’s experience in Kantor’s house and in Krakow. Like Kantor, Schwebel practises an informal, mobilized art, in a constant search, with no hierarchy among media and objects, falling within an arte povera aesthetic. 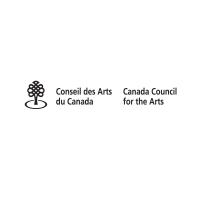 Joshua Schwebel is a Canadian conceptual artist currently based in Berlin. He received his MFA in Fine Arts from NASCAD University (2008) and his BFA in Interdisciplinary Fine Arts from Concordia University (2006). His work has been presented in recent solo exhibitions, such as From the Aesthetic of Administration at the Centrum Project Space (Berlin, 2017) ; Linings at the Tadeusz Kantor Foundation (Krakow, 2016) and Subsidy at the Künstlerhaus Bethanien (Berlin, 2015). Schwebel also participated in numerous group exhibitions in Canadian and international venues. In 2017, Schwebel was recipient of the Art by Translation Fellowship, an international curatorial research program directed by Maud Jacquin and Sébastien Pluot. This led him to take part in the making of the exhibition The House of Dust of Alison Knowles, presented at the Darling Foundry (Montreal, 2017), at the CNEAI (Pantin, 2017) and at the James Gallery (New York, 2016). In 2015, he was resident artist of the Quebec Studio at the Künstlerhaus Bethanien, and was twice laureate of the Darling Foundry’s Résidence Croisées France/Québec, in Paris (2011) and in Marseille (2014).